Dark chocolate is one of the most amazing edible items on store shelves, but not very many persons know its health benefits.

This type of chocolate could pass for the most common one, a reason Okechukwu rushed it when he saw it in his fridge.

His wife had bought dark chocolate in the day while he was at work, and kept it there. She had plans to add it to pastries.

But Okechuwku was really craving for something creamy and sweet when he returned from work.

Trust Nigerians who hardly read labels on items; he grabbed it, opened it, broke a part of it and threw it into his mouth.

Sadly, his appetite for sweet vanished when he took a bite. Ahh! He shouted.

It is bitter and not sweet like all the chocolates he has been eating. Yes! Dark chocolate is bitter and this is because it is closer to cocoa in its natural state than other chocolates.

Have you heard that with everything that is bitter, there is inherent health benefit?

Really, dark chocolate has its health benefit that you should know.

Hopefully, these benefits should guide your decision to add it to your diet as often as you could.

Meanwhile, chocolate has been in existence since 2000 BC. Chocolate is an end product of the seeds (or beans) extracted from the cocoa pods. After the extraction, the seeds are fermented, dried and roasted.

According to Harvard Medical School, at that time, the Maya from Central America, the first connoisseurs of chocolate, drank it as a bitter fermented beverage mixed with spices or wine.

The process of making a chocolate further includes separation of the shell from the meat, or cocoa nibs.

Cocoa nibs are then ground into a liquid called chocolate liquor before they are separated from the fatty portion, or cocoa butter.

Afterwards, the liquor is refined to produce the cocoa solids and chocolate that we eat.

The other type, milk chocolate, contains anywhere from 10-50% cocoa solids, cocoa butter, milk in some form, and sugar.

Meanwhile, different researches have identified the components of dark chocolate that is beneficial to humans.

One of the minerals in cocoa is copper.

Copper deficiency has been linked to anemia and pancytopenia. This causes hypertension, inflammation, and myocardial hypertrophy.

But the copper in dark chocolate is a co-factor for a number of enzymes. Also, this is required for processes, including iron transport, glucose metabolism and infant growth.

According to a 2011 study, the cocoa bean contains several minerals necessary for vascular function. Dietary magnesium, copper, potassium, and calcium all reduce risk of hypertension and atherosclerosis

The minerals in dark chocolate also play a significant role in heart health.

“In 2009, a study in Stockholm, Sweden assessed cardiac mortality in a particularly high-risk group: nondiabetic patients hospitalized with a first myocardial infarction.

Again, the study quoted earlier cited another research of 2010 and how it emphasised the relationship between chocolate consumption and heart failure.

Often this chocolate has been linked to sexual performance.

Most reports have cited the minerals it contains as the reason it works.

Dark chocolate contains magnesium. It is a co-factor in protein synthesis. It also aids muscle relaxation and energy production.

This impacts the sexual life of persons who eat it.

Also, another 2009 study suggested a relationship between psychological health and chocolate preference.

Dark chocolate is made from cocoa powder, and it contains polyphenols and antioxidants.

According to a study, it contains up to 50 mg of polyphenol per gram.

Have you read 5 Reasons You Should Eat Watermelon

It is particularly rich in flavonoids, specifically flavanols. They are responsible for the bitterness of cocoa.

The main flavanols found in cocoa are epicatechin, catechin, and procyanidins.

Procyanidins provide the majority of antioxidant activity in cocoa products.

These antioxidants help in terminating the chemical reaction that can produce free radicals.

Sadly, these free radicals often lead to chain reactions that may damage the cells of organisms.

One other health benefit of dark chocolate is that it aids brain development. This is why it is recommended for children.

Harvard Medical School cited a research in this line, one of them conducted by Italians.

The particular component that boosts brain power are the flavonols.

It said it has been linked with improved thinking skills.

It wrote: “Italian researchers tested the effects of cocoa flavanols in 90 healthy 61- to 85-year-olds whose memories and thinking skills were in good shape for their ages.

“Participants drank a special brew of cocoa flavanols each day.

You should try these dark chocolates out.

Kindly share this article with your friends and loved ones to enable them know the health benefits of dark chocolate.

HOW WE ALSO AFFECTS LIVES IN THE HEALTH SECTOR 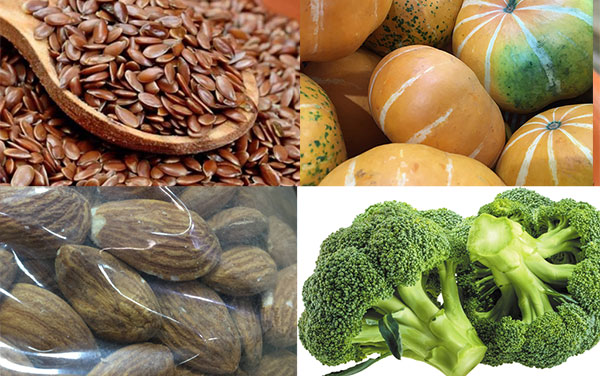