Brown rice is a whole-grain that is edible. Its colour is quite unique and this extends to the amount of nutrient it carries.

However, this rice and white rice are from the same grain.

This brand of rice is increasing in popularity and demand. The increase is attributed to its nutritional value.

Really, it has become a rice of choice for some families because of its health benefits.

As a plus, researches have also identified the components that offer these benefits.

In Nigeria, rice is one staple food that we all love. Some persons cannot go a day without rice.

For instance, we often believe in Nigeria that our ‘Jollof Rice’ is the best.

Our love for this grain has birthed an endless rivalry between us and people from Ghana.

“Whose jollof rice is sweeter?”

But jollof rice is not only prepared with white rice. You can also use brown rice.

This is a healthy decision, because several population-based studies made some revelations.

They showed that increased risk of type 2 diabetes is associated with the intake of white rice.

Really, Other studies have also emphasised the importance of adding brown rice to diet.

They suggested that it is associated with a wide spectrum of nutrigenomic implications.

According to researches, it is anti-diabetic, anti-cholesterol, cardioprotective and antioxidant.

This compounds might be associated with some important nutrigenomic implications, it stated.

First, brown rice is a fibre-rich food that contains many types of phenolic acids that are well known for their antioxidant activities.

Also, brown rice helps in addressing diseases that are of the heart and circulatory system.

Some of them are angina, hypertension, heart attack, congenital heart disease and stroke.

To understand the effect of this rice on the heart, a randomised cross-over clinical trial was conducted.

It evaluated the effect of brown rice consumption on inflammatory markers and cardiovascular risk factors.

Have your read: Best Way To Cook Nigeria Rice And Enjoy It

According to the study, 40 non-menopausal overweight or obese women with a Body Mass Index  that is above 25 were recruited and divided into two groups.

Participants in both groups were asked to consume 150 gram of cooked brown rice or white rice for 6 weeks.

This was followed by a two-week wash out period and switching over to an alternate diet for six weeks.

After the study, results revealed that consumption of brown rice can significantly reduce inflammatory markers.

The Gamma-Aminobutyric Acid (GABA) found in brown rice has been associated to lowering of cholesterol.

The Rice Bran Oil (RBO) found in brown rice can help to reduce the atherogenic level and increase HDL cholesterol.

The phenolic compound in the rice reduces Cholesterol.

Increased cholesterol in the blood has been identified as one of the risk factors of high blood pressure.

However, this rice is known to lower cholesterol and this directly lowers blood pressure level.

Also, recent studies have identified the chemo-preventive and anticancer potential of some biologically-active molecules present in germinated brown rice.

According to a research, “these molecules can prevent or suppress cancer development.

After this process followed an oral administration of either control diet or different doses of germinated rough rice crude extract once daily for eight weeks. “The study showed a dose-dependent reduction in the size and number of aberrant crypt foci formation and Beta-catenin expression in rats fed with germinated rough rice crude extract”.

“Prevention of cancer is possible due to the high antioxidant levels found in brown rice.”

Also, the phenolic acids from brown rice are assumed to contain chemopreventive properties for breast and colon cancer.

This is a range of disorders of lipoprotein lipid metabolism that include both abnormally high and low lipoprotein concentrations.

Furthermore, another research says, dyslipoproteinemia is an important risk factor for an array of clinical conditions.

Some of these conditions include atherosclerosis, cardiovascular diseases and acute pancreatitis.

According to the study, intake of modern diets high in fats, sugars and refined grain products can induce this condition.

Also, brown rice has been identified by many studies as a fibre-rich grain that has anti-dyslipoproteinemia and cholesterol lowering effects in animal models.

According to the 2018 study, clinical studies on how this rice could beneficial to diabetics have been encouraging.

Sadly, type 2 diabetes is associated with significant morbidity and mortality. This ailment is increasing and 2 factors – diet and life style – increases the risk of coming down with it

Basically, one reason it is okay to swap white rice with brown rice most times is that therapeutic management of diabetes is only partially effective.

It is also costly and associated with adverse side effects.

Brown is rich in γ-oryzanol, which is responsible for many pharmacological properties.

This component, lowers cholesterol. It is anti-inflammatory, anti-cancer, anti-diabetic and antioxidant activities.

Also, this rice ameliorates glucose tolerance and insulin resistance and all these beneficial effects are mainly attributed to several bioactive compounds 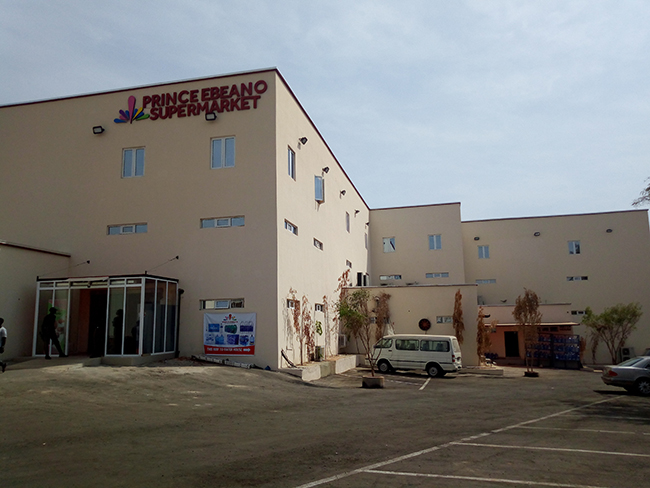